A Gift to Your Family and the Environment: Green Burial

For over 100,000 years, we have carried on the tradition of burying our dead in the ground. For a majority of that time, the burials have been green. Embalming began during the Civil War to assist in preserving the bodies of soldiers during their long return route home. This aspect of modern American burial is also the most environmentally harmful.

Green options for burial are making a comeback and a recent AARP poll uncovered 45% of respondents would choose a green burial over cremation or other modern burial if provided the choice. You may want to consider a solution by two Italian designers if you are worried about the impact of human burials on the environment. They’ve created an all-natural burial pod that uses human remains as food for a tree.

It’s hard to ignore the effect of our conduct on the environment. Most have heard about progress such as hybrid and alternate-power cars while fewer know of the alternatives to the burial of human remains.

Capsuli Mundi is an alternative to traditional coffin burial. The egg-shaped capsule acts as a 100% biodegradable container for the remains. The capsule, made of derivatives such as potatoes and corn, holds the body in a fetal position. The remains serve to nourish the growing tree that is planted immediately above the capsule.

The benefit is two-fold: a new tree is planted and old growth trees are saved from being cut down to make caskets. The new tree can be tended by family, becoming a monument to the deceased, and loved ones are able to be planted close together to create a family forest.

The benefits of the Capsula Mundi mirror the guidelines issued by the Green Burial Council in determining whether burials are “green”:

Laws and cemetery regulations must be changed before these capsules will be able to be used widespread in the United States. Cemeteries often require vaults to prevent the ground from settling and many states prohibit the burial of human remains without a casket.

If you’re interested in a green burial, contact The Solution Law Firm to incorporate it into your plan. We can help you evaluate the possibilities for green burial in your state and incorporate your wishes into your Final Disposition Instructions (an important document that should be part of your comprehensive estate plan). Call today to set up a Planning Session, where we can discuss the best strategies for you and your family. 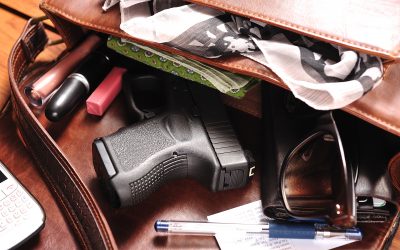 Dementia and Guns: A Tragedy Waiting to Happen

While most are aware that their loved one with Alzheimer’s or other forms of dementia shouldn’t be allowed to drive, they may not realize that caution should also be exercised when restricting access to firearms. One of the findings in the May 2018 study published in... 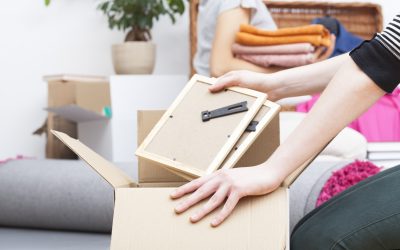 The Downsizing Generation: How to Handle a Surplus of Stuff When a Loved One Ages

More and more adult children will be tasked with sorting the belongings of their parents as the baby boomer generation both ages and downsizes. As these people cut down on their personal effects following retirement, furniture, heirlooms, china sets, and other...

The LGBTQ community celebrated a huge victory when the Supreme Court rule that same-gender couples had the right to marry in 2015. It looked like same-gender couples were finally on their way to equal legal standing with heterosexual couples with the issue of marriage...